Man With A Truck Cheaper Than A Van 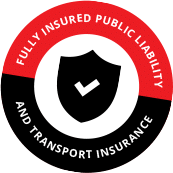 "The Man For The Job"

For the years I have lived in Melbourne, I have lost count of the number of times that I have moved friends and family. The bottoms of boxes have caved in, items have dropped on my feet, and more often than not, I have heard people swear “Why do I even own this?!!!” moving time is often a time that most people have come up close and personal with their belongings. When moving, you will handle an item almost four times: packing it, moving it out, move it into the new house, and unpack and put it away. Moving is often a time that the amount and value of our worldly possessions get real.

Over the years of living in Melbourne, you have accumulated stuff, some have come in to replace the old one. Unfortunately, rather than being disposed, the old items have found a space somewhere in your home. Now, it’s time to move: do you really need these items occupying space in your new home? This is a critical question to start with: unfortunately, it’s not adequate enough since you still might have some adequate room to store all the stuff you own. A couple of excellent questions would be: Can I buy the item again? Do I really need it? Does its space justify its use? If your answer is yes to any one of these questions, keep the item.

A critical strategy of deciding on the usefulness and need for an item is rubbing your finger on it. Has it collected any dust? If it has collected some dust, it’s as good as useless to you. You cannot buy something useful, create a room for it, and allow dust to settle on it. Dust is your friend when you are trying to establish what you need and what you do not need when moving. The approach alone will allow you to declutter effectively.

The human need cannot be completely satiable: this is the human weakness that marketers understand well and capitalize on. We all have urges, some of which are not only strong, but insatiable. However, we should understand that there is freedom in letting go and owning less. The main challenge with letting go is staying in one place for long: moving comes as a rescue and allows us to declutter and reduce the possession of things that we do not need.

Quit the Collect and Hoard Attitude

You have lived in your current home in Melbourne for years. Over time, you have accumulated numerous possessions, some of which you have even forgotten about. Unfortunately, you have never had an opportunity to assess your preferences. Moving is every hoarder’s nightmare, but it’s a good wakeup call on deciding what to collect and keep now and in the future.

Man With A Truck

Man With A Truck believes that every resident in Melbourne has accumulated various worldly possessions over the years. Unfortunately, a significant amount of these items has become useless over the years, and replaced by newer and better items. Despite them being obsolete and useless, most Melbourne residents have continued to hold on different items. Man With A Truck suggests that even if you are not moving, Sell or Donate the items that you seldom use. To you, the may be trash, but a treasure to another. Such a tendency may seem inappropriate now, but a valuable move months or years later when you are moving and you have minimal trash to contend with.

Cheaper Than A Van